An Approach for Resolving the Differences - Forming a Single Revolutionary Party

Resolutions of the Andhra Communist Committee Plenum at Palcole.

By the overambitious and adventurous move to arrange for admission of Ukraine to the NATO as well as the EU by manipulating its close allies in Europe the US imperialists tried to kill two birds at a time. First was to make military presence at the border of Russia; and second was to put a wedge between Russia and two other heavyweights in Europe, Germany and France, who were befriending amongst themselves. Thanks to the energy and environmental crisis they were coming close. The plot was ready through Euro-maidan movement in 2013, which engineered a “regime change” in Ukraine and brought Zelensky to power. But things went hot and finally through MINSK-II AGREEMENT among France, Germany, Russia and Ukraine brought peace in 2013. But Ukraine was not willing to go by it at the behest of the US. So the crisis continued.

Result was attempt to bring Ukraine to the fold of NATO and arm it to the teeth. Russia opposed and started warning of dire consequences. But armed by the US, Britain and some other European powers Ukraine paid no heed and took a belligerent posture.

Russia wanted to play one up by attacking Ukraine. They also wanted to achieve two goals. One, to stall Ukraine’s membership to the NATO and the EU once for all; and two, to solve the problem of recognition of the Donbas region (Donetsk and Luhansk) as autonomous region.

Moreover it had an eye to get full control over Odessa and Mariupol, as warm water ports which Russia need very much.

Ukraine turned out to be a pawn used by both the US and Russia to settle their Plan geostrategic contention of which Europe is an important part. The US wants to use the NATO to cement its sphere of influence in Europe. Contrary to it Russia wants to befriend some of the EU countries through its oil politics.

The US, Britain and some other European powers which are avoiding direct involvement are arming Ukraine with most modern weapons. At the same time they are trying to make Russia bleed white by imposing stern economic sanctions. But in that attempt also, the US is facing difficulties as some of the big countries, like India and China, are not ready to abide by it.

So the war is going on. Zelensky has been urging the leaders of the West for their direct involvement which will lead to another World War. But all others including the US and Russia want to avoid it. But both want to achieve peace on their own terms. Result is the continuation of war. Sufferers are the soldiers of both the sides and thousands and thousands of citizens and residents of Ukraine.

In this situation the CPI (ML) feels that;

To the people of the world the ongoing war is nothing but senseless butchery. It must be stopped. Henceforth the US and the NATO countries stop meddling in Ukraine. Russia must stop war immediately. Above all Zelensky must go for peace talks without delay, as no one has right to play war game with the lives of people. 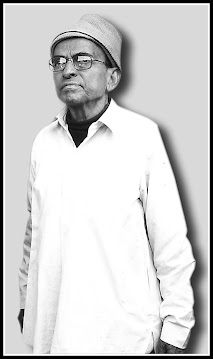 Born in 1929 Kanu Sanyal came in contact with the communist movement some time in 1949. He earned the party membership of the undivided communist party in early 1950 after a brief stint of jail life for participating in a protest demonstration organized by the party against the then visiting state Chief Minister Dr. B.C. Roy. He became a whole timer. He opted for working in the Terrai rural area. In the context Comrade Kanu Sanyal once reminisced that his association with Comrade Charu Majumder - the then CPI Jalpaiguri district leader (whom he first met in 1950 while he was in the Jalpaiguri jail) led to the revival of the agrarian movement in the Terrai region.

The middle class origin and urban background did not deter KS to integrate himself completely with the Adivasi people and live among them. He and other comrades worked with dedication to mobilize and organize the people and lead them to wage class struggles against feudal exploitation to earn their right on land and the crops as well as their place in the society itself. “His was the call to the peasants, land belongs to you, occupy and till it”.

The years between 1951 and 1967 were fraught with series of open confrontation often militant with the Jotedars, tea planters, the police and the administration. And KS was imprisoned on several occasions during this period along with his comrades, sometimes under Defence of India Rules while at other time under PD act.

No One Justify the War !

The War of Hegemonist Powers !!
The anti-imperialist, anti-fascist forces must understand that this is America’s ploy. Competition between the powers of Imperialist monopoly capital; It should be understood as political, economic and military competition. The US and its NATO allies are using the Zelensky government as a pawn to fight Russia, their contender in Europe as well as the world. Putin, the President of Russia is also trying to move fast to arrive at a quick solution, even it be an armed one. The victims of the war were civilians. So, no one should justify war, in a war which is being forced upon the people of Donbas and Luhansk, upon the people of Ukraine is being waged by imperialists to establish their hegemonic ambitions. While opposing war thrust upon the people of Europe and Russia the oppressed people of the world must continue their struggle against imperialist exploitation, aggression and bullying. They have a duty to change the system of exploitation of their own countries. At the same time, the Central Committee declares its condolences and sympathy to the victims of the war, and we oppose NATO alliance actions that are responsible for this war episode. We haven’t considered Russia and Ukraine countries are that have to go to war as belligerent nations.
Viswam,
General Secretary, Central Committee, CPI (ML).
26-02-2022
at February 28, 2022 No comments:

We came to the conclusion that following the dialectical method is the correct way to overcome the political and ideological differences a...